Skip to content
Home / News / laws / Paid Sick Leave Regulations: What an Employer Has to Know 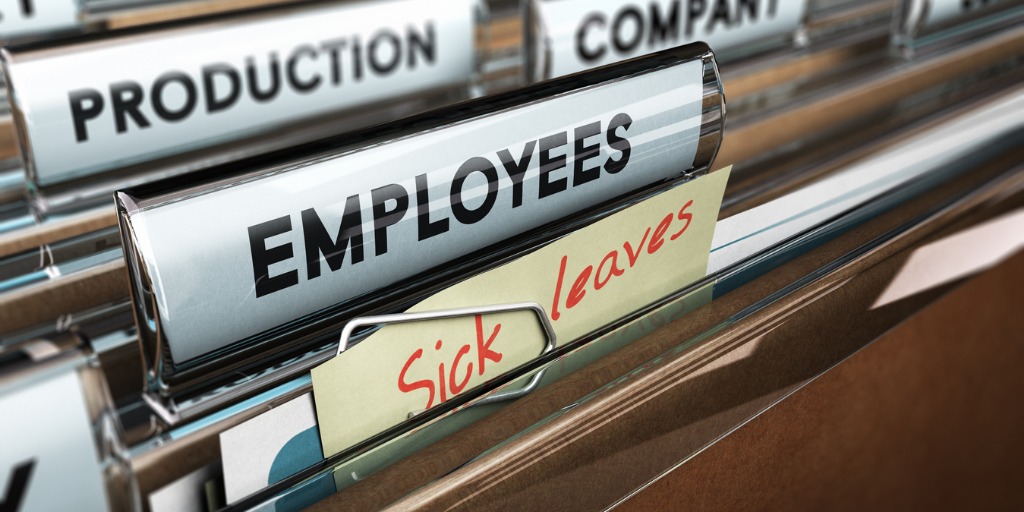 Only 11 states and Washington D.C. have laws requiring employers pay employees for a specific number of sick days each year. The 11 states are:

In San Antonio and Dallas, Texas, employers that have over 5 people on staff must pay them for their sick time. This law goes into effect in both cities for all businesses beginning August 1, 2021. These ordinances are being challenged in court. Employers in Chicago and all of Cook County, Illinois also must pay for their employees' sick days. So must employers in Duluth, Minneapolis and St. Paul, Minnesota.

In New York City, companies that have five or more employees employed for hire that work over 80 hours a calendar year must pay them sick leave. The Westchester County, New York Earned Sick Leave Law requires companies that have five or more employees provide as much as 40 hours paid sick time each year. The cities of Philadelphia and Pittsburgh, Pennsylvania also recently passed sick leave pay laws. Neither city has said when the laws will go into effect.

Laws mandating sick time pay fo employees is a growing trend in many jurisdictions. Some companies are subject to multiple sick leave pay laws that have differing requirements. This can be quite challenging and confusing to navigate. The key is to do their due diligence to get the information they need to prevent their companies from running afoul of the growing array of sick leave pay laws and requirements.

What Employers Should Know

The types of absences covered by sick leave pay laws vary by jurisdiction. Generally, the laws cover employees' absences for their or their family members' medical diagnosis, preventative care and mental and physical illness. In some cases, sick leave pay laws cover absences when employees seek assistance when they've been the victims of sexual assualt, domestic vioence and stalking. Employers must become familiar with the details of the sick leave pay laws to know exactly what's covered.

How Much Sick Leave Is Covered

The amount of sick leave employees can accrue each year varies from one jurisdiction to another. Some sick leave laws employ an accrual formula where a specific number of hours worked entitles workers to an hour of sick leave. In some juridictions employers can limit how many sick leave hours employees may accrue and use annually.

The sick leave laws usually require employers to pay employees out on sick leave at their normal rate of pay which is determined according to specific rules and guidelines.

Many sick leave laws enable workers to carryover unused sick leave and add it to the total amount they have available the following year. However, in some jurisdictions there's a cap on how many hours of sick leave workers can carryover and accrue.

Paid Time Off And Sick Leave

Employers are not required to pay employees who are leaving the company for their unused sick leave under the sick leave laws in most jurisdictions. However, some states require employees to paid for all unused paid time off and vacation time accrued when they leave the company.

If employees are covered by the sick leave laws from both state and local government, employers must coordinate compliance so it meets the requirements of both laws. When the laws conflict, the employers are generally required to give the employee the more generous policy with the greatest protection and provisions.

Under many sick leave laws, employers can require employees provide reasonable notice of their plan to take foreseeable sick leave. Generally, when an employee's need for sick leave is unforeseeable, employers can require they provide notice of the reason for their absence as soon as it's practical to do so. The employee may be required to follow the regular procedures the company has in place for reporting unscheduled absences. The notice requirements have to comply with all applicable sick leave laws and be communicated to all employees as part of a written policy.

Returning To Work After Sick Leave

Sick leave laws usually state when employees return from sick leave they are entitled to be reinstated to the position they held or a similar one with equivalent employment terms and conditions, seniority, benefits and pay.

It's the responsibility of each employer to know and understand the paid sick leave laws covering every employee on their payroll. Employers should carefully review the sick leave laws, requirements and protections for the workers on their payroll no matter the jurisdiction in which they work to ensure the company is in proper compliance.

Posted in Employees, Employer, Employment, Pay, Payroll and tagged laws, Payroll, sick leave
← Should Your Company Be Able to Look at Your Social Media Before and During Your Employment?Five Payroll Security Measures You Need To Make Today →
Request A Quote

Refer A Client
Scroll To Top