On September 6, 2021, the construction world changed in New York. Governor Kathy Hochul signed Senate Bill S2766 into law. Its contents explain that contractors are now liable for wages that are owed to employees of their sub contractors. In other words, it expanded on the state's workers' rights. Therefore, it is essential that all general contractors, contractor managers, and similar entities take steps to make sure that their future contracts are written to decrease possible wage liability.

In the past, it was simple for a sub contractor to take advantage of his or her workers. In many instances, construction workers were cheated out of honest pay. In order to even the playing field, it was necessary to draft legislation that helped hardworking individuals collect their earned wages.

Comprehending the Background of this Bill

In New York and many other states, an employee who knows that he or she is owed a wage may file a lawsuit against his or her employer. Jessica Ramos, senator of the state, supported this legislation and explained that unpaid wages is common practice, especially in the construction industry. Numerous court cases are pursued in order to prevent the unscrupulous behavior that leaves workers without earned wages. Many subcontractors take illegal actions to hide assets and participate in unfair activities to avoid liability. Ramos has stated that holding the primary contactor liable for the subcontractors who are hired ensures that construction workers will not be exploited and will be able to collect earned wages without hassle. In other words, it is a way to better the ethical practices in this particular industry. A hard-working individual who lives paycheck to paycheck should not have to fight to receive deserved compensation.

Vital Provisions of the Bill

This new law has a few important provisions that must be recognized.

Any general contractor who enters into a contract takes on liability for all unpaid wages. When an action is filed against a sub contractor, the main contractor is "jointly and severely" liable for benefits, wages, and other items. This includes the worker's lawyer fees and other damages that fall under Labor Law 198. A new section of this law authorizes contractors to withhold funds that are owed to subcontractors who do not pay their workers or who do not comply with the laws.

The Only People Who May Waive Joint Liability

A collective bargaining agreement is the only thing that may be used to waive the contractor's liability. Most often, this includes the presence of an established union that includes a managing representative. Under normal terms, claims may be brought by an employee or another party who is working on the employee's behalf. This includes the Attorney General.

However, the main contractor can sue the sub contractor for the same amount as reimbursement. It is important to recognize that contractor's liability does have a statue of limitations. A worker has three years from the time of a project to file a suit for unpaid wages.

The new law includes an important section. Upon request from the main contractor, a sub contractor is required to give certain information.

One code states that a main contractor is allowed to withhold payments to a subcontractor who does not provide these items on a timely basis.

Learning How to Mitigate Risk

Certainly, no contractor wants to be caught in the position of owing wages to workers who have been stiffed by his or her sub contractor. It is important for general contractors to understand ways to mitigate risks under this law. To begin, they must avoid doing business with anyone who has the poor reputation of not paying owed wages. Also, they must make sure that there are certain provisions in place.

Concerns About this Law

Unfortunately, this law avoids a fact-based inquiry into whether the main contractor must be considered a joint employer of the subcontractor's workers. In other words, by placing strict liability on a main contractor, payroll responsibilities are shifted to an individual with no direct relationship to the employees involved.

Does this Law Apply to Anyone Else?

Currently, this law only applies to the construction industry. It gives exemptions to public works contracts and certain home improvement projects.

Proponents Versus Opponents Points of View

As the governor briefed the public about this bill, she emphasized that it was designed to protect New York’s workforce. Other proponents claim that the bill is a huge victory for working people. They believe that the law will make construction contractors act more carefully when hiring subcontractors, will promote safer conditions on job sites, and will provide more oversight on projects. It offers some defense for workers with no other preventative means against labor abuses.

Those who oppose the bill find that it generates a high amount of risk for general contractors. Although they support means of wage theft protection, they believe that this bill may raise the price of new construction projects and cause other negative effects within the industry. For example, they feel that it is unfair to hold contractors responsible for up to three years after a project is completed. They feel that it places a burden on companies that are already experiencing many challenges as well.

What Does the Future Hold?

These new laws take effect on January 4, 2022. In the future, New York’s legislature may consider similar laws that deal with other industries. It is essential to show employers that the state is serious about making sure that all workers are paid fairly and on-time. This law makes a serious statement about the way contractors should do business and the importance of hiring responsible people to perform certain duties. Presently, general contractors must be extremely cautious and make sure that all workers on a particular job, even those who are not under direct employment, are properly paid. "Hard work deserves hard-earned compensation." 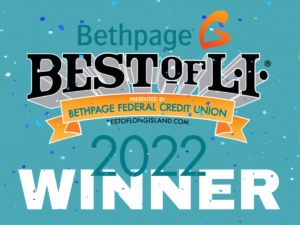