How the Proposed Tax Reform Will Help Small Business Owners

During his campaign, President Trump made promises to cut taxes. On Wednesday, 26 April, the Treasury Secretary, and National Economic Council Director introduced the Trump Proposal. Although the proposal didn’t carry many details, it highlighted some changes that will be beneficial for small business owners. From it, businesses would have to pay a corporate tax rate of 15%, and not the current 35%.

The Trump administration has preached tax cuts as one of the solutions to boosts economic growth in the country. They are also meant to make up for the increase in the budget deficit expected in the next several years.

Even though the proposal is subject to a lengthy negotiation by Congress, it offers a long-awaited relief for small business owners. Understanding some of the components of the Trump Proposal will provide some clarity on what entrepreneurs can expect.

Trump’s proposal seeks to impose the 15% on all types of business income, including pass-throughs, S corporations, and other partnerships. It means that all businesses formed as partnerships or limited liability companies will benefit from the reduced business income rate.

Pass-through entities are the ones that pass their income to the owners or shareholders, so they can pay taxes depending on an individual’s tax bracket. The reason entrepreneurs opt for this type of structure is the corporate tax rate of 35%, which is one of the highest globally. Besides the corporate tax, businesses have to consider all the other taxes a company is typically saddled with, including dividends, shareholders, and owners taxes. Therefore, you find that a business pays lower tax using personal rates.

Entrepreneurs are not certain if the proposed tax will apply to all pass-throughs. In previous discussions about what the administration was aiming to achieve with the tax reform, Steven Mnuchin, Treasury Secretary, insisted that the 15% would apply to small business income. The tax cuts will not be a way for the wealthy to pay less for their income.

One concern with this proposal is that some companies and individuals may take advantage of the benefits available to pass-through businesses. For example, some entrepreneurs may devise ways to report most of their income as business and less as personal because they have to pay more tax on the latter. Professionals may also want companies to hire them on a consulting basis through their pass-through companies as opposed to direct employment.

No plans are in place yet to prevent business owners from circumventing the regulation. There are fears that will be nearly impossible to structure tax laws in ways that prohibit wealthy taxpayers from reclassifying their income. The enforcement of such a law will not be easy either, considering IRS doesn’t have sufficient resources to make it happen.

What the Proposal Means for SMEs

Small business enterprises don’t receive the credit they deserve, though they are responsible for considerable employment opportunities in the nation. These cuts will increase the profit margins for small enterprises, which gives them room to grow. Tax is one of the highest impediments to growth for most SMEs because it eats into profits. After taxation, small businesses remain with a small amount to reinvest in the enterprise.

Maintaining a steady cash flow is a constant battle or many SMEs, which is why most of them turn to lending institutions. They borrow money to inject into the business, get into more cash flow problems due to high taxes and eventually into debt. A majority of these businesses are family-owned, meaning they are also used to support personal financial needs. With the right financial advisor, small business owners can use the tax relief to improve their budgets.

Reduced taxes also mean that enterprises can pay more workers, and invest in high-grade equipment to increase productivity. A good number of small businesses have 20 workers or less. In most cases, these employees are sufficient to keep the enterprise going. However, when an entrepreneur wants to expand operations, it becomes necessary to increase the workforce. They may also have to buy more tools and rent a larger space. However, the after-tax income for many of these companies rarely allows it. Under the new tax rates, these businesses will have the chance to offer more employment and consequently, grow the country’s GDP.

With the globalization of business, even small enterprises nowadays have operations outside of the U.S. E-commerce makes it possible for merchants to sell their brands to anyone, anywhere. For this reason, the territorial tax system of the Trump Proposal may also help small business owners. This component aims to adopt a system where U.S companies will only pay taxes on earnings made in the country. Exempting foreign earnings from taxation is one way that the administration hopes to level the playing field for American companies.

The Trump Proposal aims to reduce the tax bracket for individual tax from seven to three- 10%, 25%, and 35%. Currently, the top rate for personal taxation is 39.6%, and that will change as well. By reducing individual income rates, business owners stand to save money on their personal incomes. If SMEs owners can have more money left in their accounts after taxation, then they can fulfill their personal needs and even reinvest some of it.

The Proposal looks to do away with the Alternative Minimum Tax, which is another advantage for entrepreneurs who have to deal with this particular requirement.

The NFIB (National Federation of Independent Business) praised the move, applauding President Trump for pushing tax reforms that will provide relief for businesses of all structures and sizes. It stated that the rate parity would allow small enterprises and large corporations to operate on the same playing field.

For years, small business owners have been campaigning for a fair treatment regarding taxation, and it looks like the new Tax Reform is going to deliver. Traditionally, these companies assumed the pass-through structure so that they could avoid the hefty corporate tax. With the 15%, proposed tax rate, these companies will have an opportunity to increase their revenues. Of course, the Trump Tax Reform Proposal still has a long way to go, and the 15% may go higher. Small business owners now only have to wait to see if the proposal passes into law.

Plus... Meet with a Zuma Representative to receive a FREE Customized Employee Hand Book that we will custom tailor to meet your business needs!** 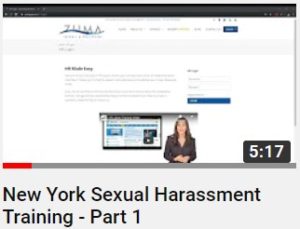